A Potty Training Tale
From An Ordinary Mum

Read a Mum's potty training tale below: Toilet training theories can be useful guides. What they don't account for is real life.

We got Louis a potty when he was about 2, but he showed no interest in it.

Gradually he became more inquisitive about us using the loo, and by the time he was 2 and a half he started coming home from nursery talking about his (older) friends using the toilet/potty.

We took this as a good sign and started to let him run round the house at tea time with no nappy on.

We also talked about what grown-up boys the others were who used a potty.

Then one day without any prompting he sat on his potty and did a wee.

We went mad praising him and gave him a special Bob The Builder sticker (I had bought a packet in anticipation).

There then followed a rocky few days. I had foolishly decided that this first triumph meant he would have no problem peeing at will, and that the stickers (as well as Thomas The Tank Engine pants) would guarantee 100% success within a week.

I had heard that toddlers will wee about 30 minutes after drinking – so I would give him a big drink of juice. 30 minutes, an hour, 2 hours passed – nothing! Except me nagging every 5 minutes: “Do you want your potty?” Of course 5 minutes after I gave up nagging and left him alone, he would have an accident.

The stickers did not seem to make any difference at this point.

As my potty training tale continues I tried my best to hide my disappointment and never said anything negative - but I’m sure Louis sensed it. Then I would put him in nappies for the rest of the day. I’m sure this must have been confusing at such an early stage.

He was having more success at nursery, but there were still lots of accidents.

After a week (and in desperate need of a break), we put him back in nappies for a few days, continuing to let him roam commando at teatime.

He managed to use the potty one evening. Around the same time I spoke to a friend who told me that in order to control their bladder and bowels, children need to wet and soil themselves – recognising the feeling of wee and poo in your pants is a necessary pre-requisite to potty training.

This was a turning point for me. I decided that from then on we would put him in his pants - and pants only - all day.

I also made a conscious decision to relax over the numerous wee and poo accidents adorning our carpets.

Over the next 2 weeks he went from being unruffled by lots of accidents, to getting upset by his many accidents, to having more successes than accidents.

Once he started to use the potty he did enjoy getting the stickers, and wanted to choose where to put them. He totally ignored the chart I had made up, preferring to adorn his toys with them! This was fine – anything to encourage him.

Once he was hitting the target (so to speak) more often, I felt more confident about taking him out in pants with the potty for extra backup. Also by this stage it was not so confusing to him to wear pull-ups on certain outings.

Now - 3 months on, as Louis approaches his 3rd birthday in a couple of months – accidents are not unusual, but not daily. I have realised that Louis is just one of those children that take a bit longer to learn to toilet train himself.

I would say that theories are a useful guide, but you need to take your own child's needs into account. The best thing to do is give children enough time to learn at their own pace.

Update; I have just re read this article a long time later - Louis is almost 6, and I'm just embarking on toilet training his brother Tom, who is almost 3.

In retrospect, Louis wasn't confidently using the toliet until his 3rd birthday, and even after this he still continued to have accidents. They are not uncommon even now - if he gets too excited, he usually forgets to go.

What about at night time? I remember clearly he wasn't out of nappies/diapers before Christmas ok - aged 4 years and 4 months. It's just my potty training tale, which I hope will encourage other struggling Parents, That there is no time line really!

But that's just what happend to an ordinary Mum, it's her potty training tale. 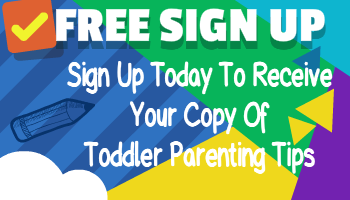