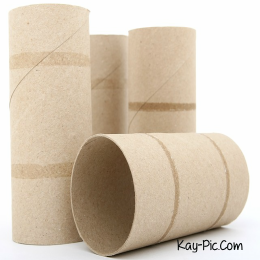 Potty Training My Toddler is one mum's story that proves how beneficial it can be to hold off toilet training until later on. Here is Annabelle's story:

"Don’t sweat it with the potty training. To be honest I would say to anyone with boys - wait till they are 3.

I had read Gina Ford’s Potty Training In One Week and we tried this intensive method when our son Sam was 2 and a half. (See Potty Training Techniques for more information on this). After a couple of days of this, it was divorce or put him back in nappies! We tried with a star chart but it not enough of an encouragement for him.

Potty Training My Toddler
Who Was 3 Years Old

The problem is that if they are not ready you have to keep reminding them and then you end up nagging and then they get put off. Make sure you do it to your child’s timetable, not yours – otherwise from what I have seen and experienced myself, it just makes it harder for everyone.

We basically started again not long after Sam’s 3rd birthday.

This time we spent longer on the star chart and did add a column for doing a wee in the toilet - even though we had not really started to potty train in earnest at that point.

Then the toilet became the focus of the chart. It also helped that a lot of his friends were potty trained by then (being girls) and that his pre-school was very supportive and would add stars to the star chart which I would put in his bag. We used nappy pants for going out or in the car (called them travelling pants). When he got to school they would put his underpants on and ask him periodically if he would like to have a wee and by the end of the week it was largely a fait accompli. He still had accidents (and still does occasionally now he is nearing 4) and this was due to the fact that he was so engrossed in whatever he was playing and didn’t want to stop to go to the loo and then it would be too late. But more often than not he would say he needed a wee and we would rush to the toilet. Because he was older we used one of those child’s toilet seats you attach to the real toilet as he liked to flush (although he was devastated when I flushed away his first poo – think he thought we would keep it for posterity as he was so proud of it!!!) He now wees standing up - although we do have wee on shoe incidents from time to time as he forgets to hold onto the hose!"

Thank You For Your Account Of "potty training my toddler" I'm sure other parents will relate.